From 1855 John was a clerk in his uncle Hirst’s office, entering into articles later – he wrote to the legal stationers’ Butterworths in May 1857 with a postal order for fourteen shillings and sixpence for a copy of Wharton’s Manual for Articled Clerks.  He was paid £10 a year in two instalments and kept a careful account of his money: in January 1855, his expenses included a Coat for 1 shilling and Trowsers for ninepence; in May 1855 he spent threepence on a haircut and sixpence on Braces; and in June 1855 he spent five shillings on Powder & Shot.

His working day began with sorting the post, as his uncle Hirst was the Boroughbridge postmaster.  He had a break at noon, when he often records taking a walk, reading a book or calling on friends or family.  It seems to have been an hour’s break as he often writes of ‘leisure hour’ and he seems to have gone home to dinner:


Friday November 7th 1856
Had dinner at Uncles   Just went home to say I should not be at home to dine & then went back to the Office.   Had a very hard day   After tea went home & read law.   Came back to sup & looked thro’ some of the Library books.   Joe had tea with us.

Friday January 16th 1857
Went to office.   At Noon just went home & got dinner  returned immediately as we were very busy today.   At Night Aunt Bell had tea at our house  I went with her to sup at Jane’s  Joe & Tom Sedgwick walked to Ouseburn today.   They got home 12 at night


He learned his business – following cases, going to the Assizes and the Petty Sessions:


Saturday February 9th 1856
Went to Office.   At Noon went to Mr Lawsons [the magistrate] with 2 petitions.   At Night went with Mr Capes to Dishforth to hear a little more about Cousin Marks Horse Cause  Mr Charles Mason & John Appleton were there

Friday February 15th 1856
… Uncle & Mr C[apes] came home   Mr Barroby lost owing to a stupid Jury £30 verdict.   I wrote a letter to Sir Wm Gallwey telling him Uncle had not arrived at home as he expected him this morng.   At Noon Joe & I walked with Sophy our Jane & Dora up the Topcliffe Road …

In the evenings and at noon he read his law books – sometimes with zeal (“Got up at six Read Equity”) and sometimes not.  From November 1st 1858, when the fire was lit in the Register Office in the evening, John would go there to study.  As the years went by, his responsibilities increased:

Tuesday March 11th 1856
Went to York with Father.   I ordered an every day suit at Evers’   had dinner & tea at Sutcliffe’s   was at the Castle all the rest of the day it being the assizes.   I sat by 2 very pleasant young ladies coming from York who had travelled from London   they were going to Richmond   When I got home I went to James Swales & W[illia]m Gatenby to ask them to go & speak a good word for Hodgson who was going to be tried with Kirby of Marton for night poaching as I met his mother in the Castle Yard & she asked me if I would   but they declined going

By 1858 he was managing the sale following the death of Uncle Hirst’s uncle Henry Hirst, solicitor of Northallerton, and driving about the countryside on business:


Monday September 27th 1858
To office   At 10 oclock I drove Uncle Hirsts Dog Cart with Sarah [Joe’s wife] thro Ripon to Harrisons of Fountains respecting a horse of Sampsons of Langthorp    from there back to Ripon   from Ripon to Turners of Quarry Moor on whom I personally served a notice that if he did not return the money & take back the horse he would be sold by auction,  when he offered to give Sampson £45 for the horse back or give him £15 to keep it – At Night about home  went with Joe to sup at Capes

Other business was far less onerous:


Tuesday August 31st 1858
Read law  To office  At Noon read law  At Night Capes  Aunt Redmayne & Jane Capes had tea at our house.   Capes & I attended a sale of the Independent Chapel at the White Horse  it was not sold


Thursday December 15th 1858
To office   …  In the afternoon Mr Bland a P.O.Surveyor came  He & I went to Scotts of Broom Close to see about his having a free delivery   Had tea there  played cards & got home just at midnight

Tom Scott of Broom Close was a prosperous farmer some dozen years older than John.

A couple of striking entries:

In the spring of 1858, John, now twenty, went by train to the dentist in York:

Nineteen years old and in a crowd of 10,000 to see Joseph Shepherd hang for the particularly savage murder of a farmer, the condemned man maintaining to the last that he was innocent of the deed but that he knew who had done it.  The newspapers found his failure to repent especially shocking.

In October 1858 John “drove to Knaresborough Sessions in the prosecution of Ralph Dickinson but the prisoner being too ill to attend the recognizances were suspended till next Sessions”.  The next entry reveals why Ralph Dickinson had been too ill to go to court:

He was on trial for attempting to commit suicide. 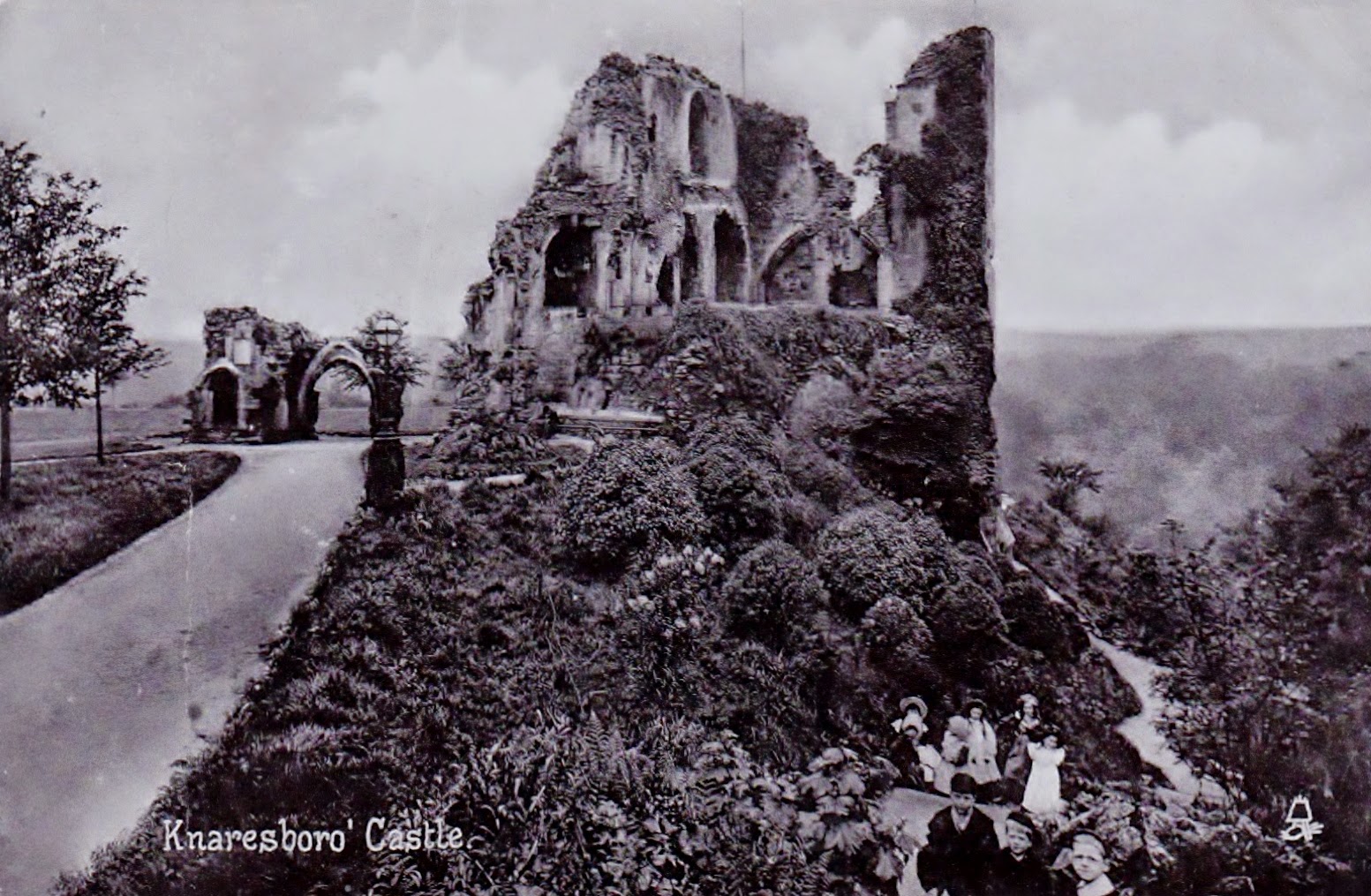