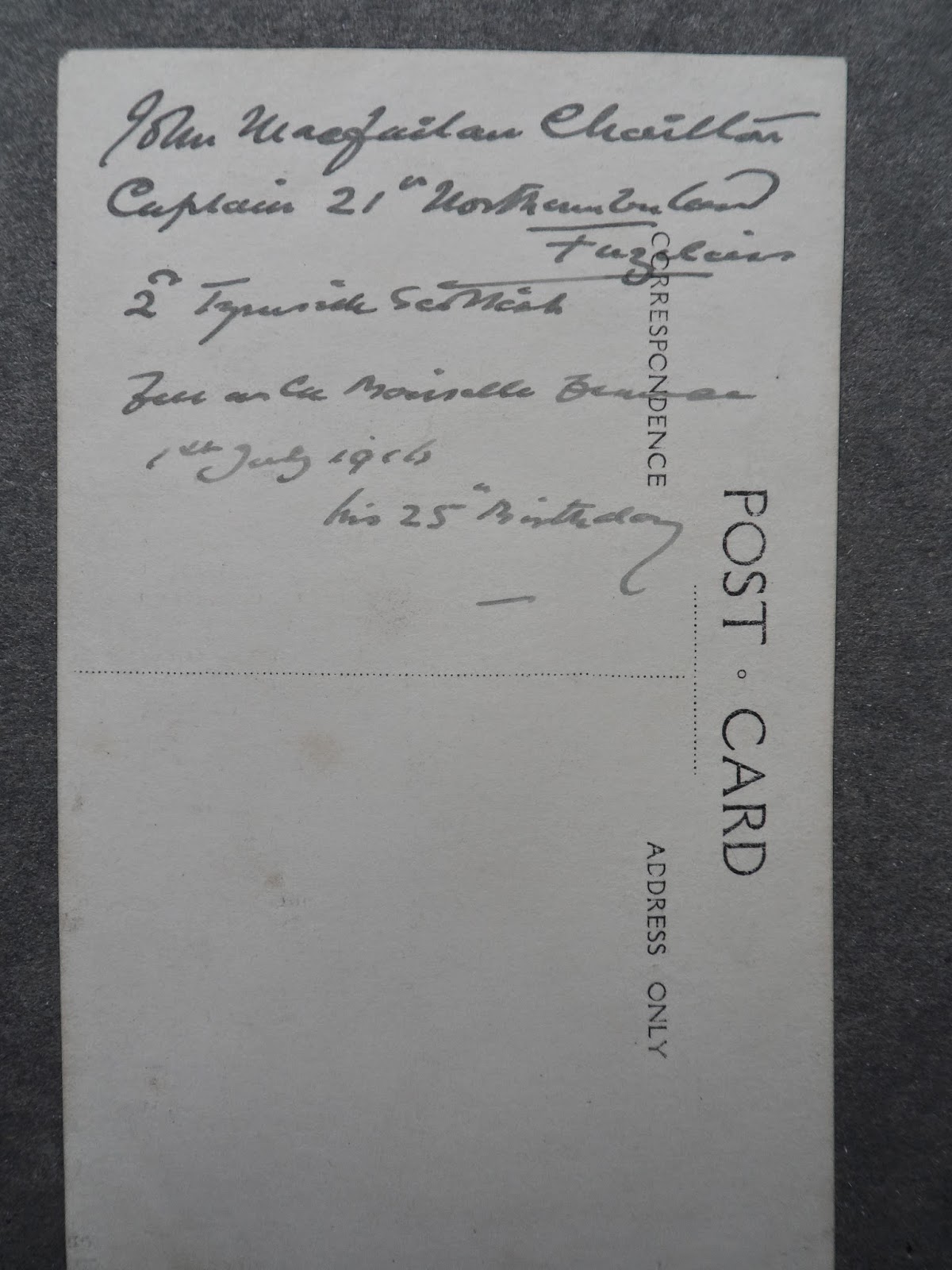 Jack Charlton was the son of the artist John Charlton (1849-1917) and his wife Catherine Jane Macfarlane (known to family and friends as Kate).

John Charlton senior was born at Bamburgh, and was a celebrated painter of historical and battle scenes.

Kate died in 1893 at the age of 31 leaving two little boys.  She had grown up at Gunnergate Hall and Ugthorpe Lodge – she was the daughter of Catherine Jane Macfarlane (1839-1903) and Thomas Vaughan (1834-1900), the less successful son of ironmaster John Vaughan.

John Macfarlan Charlton was killed on his 25th birthday.  His brother Hugh Vaughan Charlton had been killed the week before.  Their names are recorded on their mother's grave in Marton-in-Cleveland and at Lanercost, where their afflicted father died the following year.

The 'Recent Wills' notice published in the Yorkshire Post on 10 November 1916 noted that John was "an enthusiastic naturalist [and] had written and illustrated several short works on ornithology".

This card is from the postcard album of Elizabeth Grace Ellis Macfarlane (always known as Ellis), the wife of John Richard Stubbs.  Kate Vaughan, the young officer's grandmother, was Ellis's cousin.

Email ThisBlogThis!Share to TwitterShare to FacebookShare to Pinterest
Labels: Marton-in-Cleveland