This is a counterpart of Margaret Spence's jointure upon her marriage with John Newsome, dated 26 July 1695. 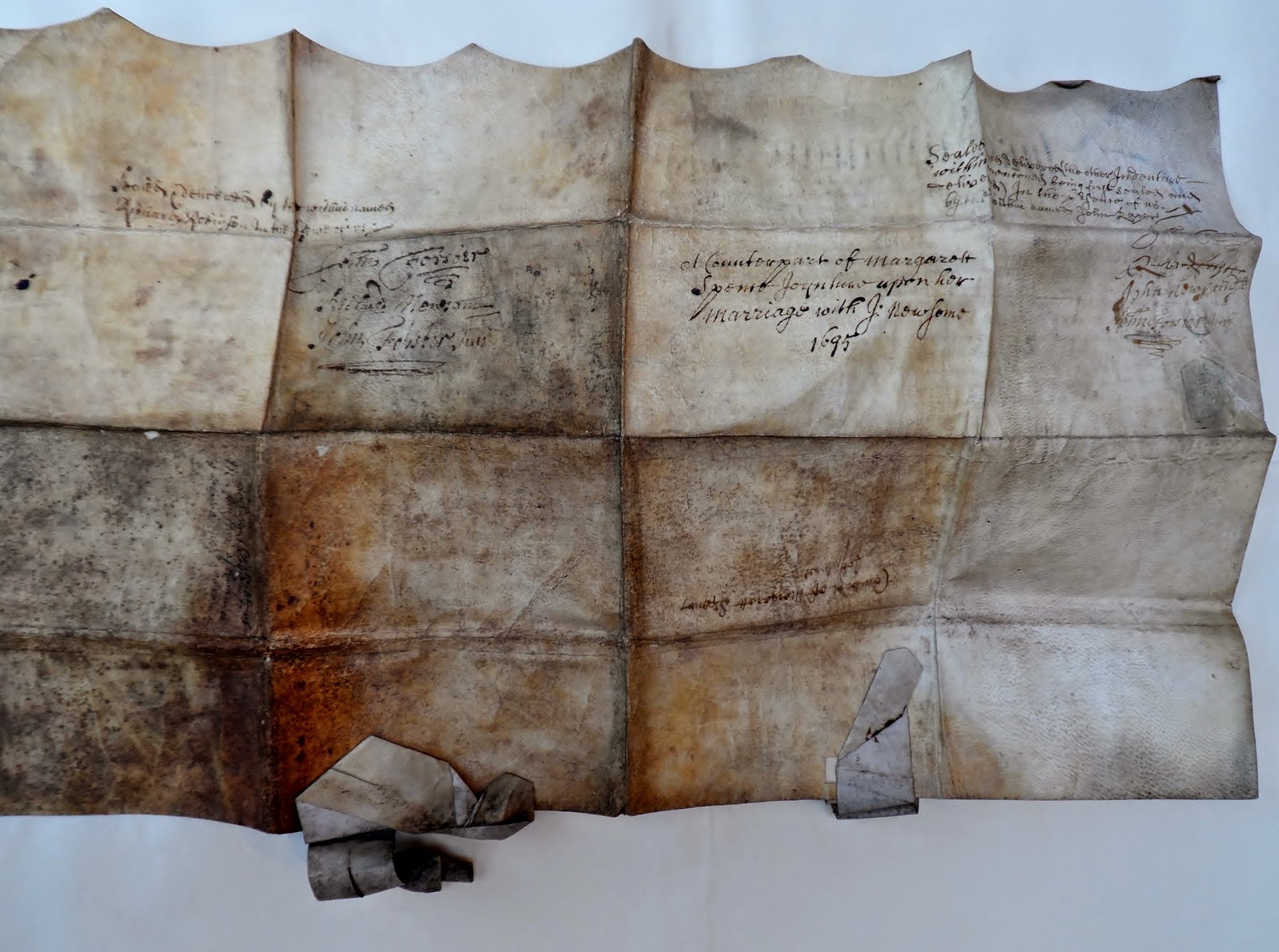 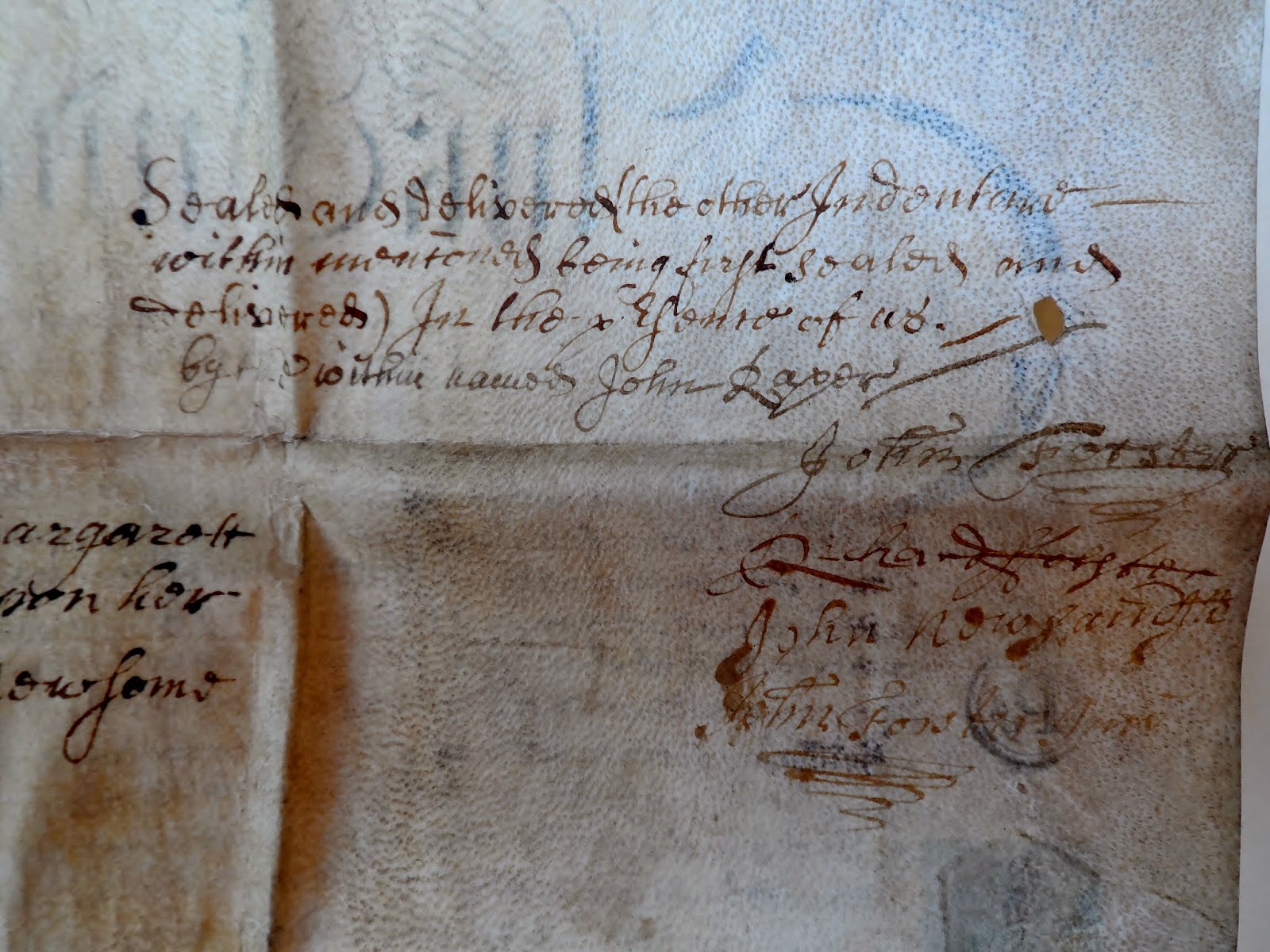 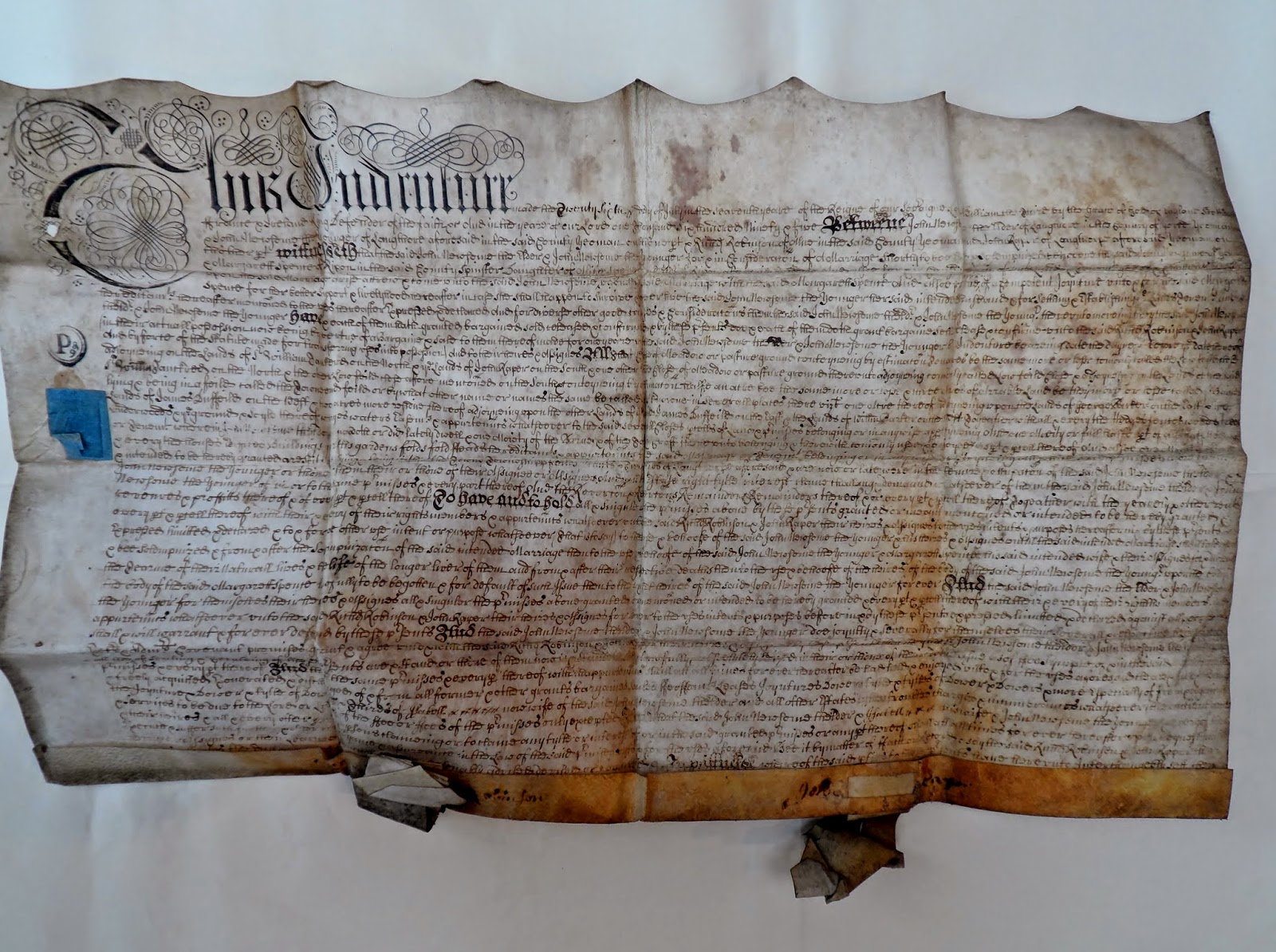 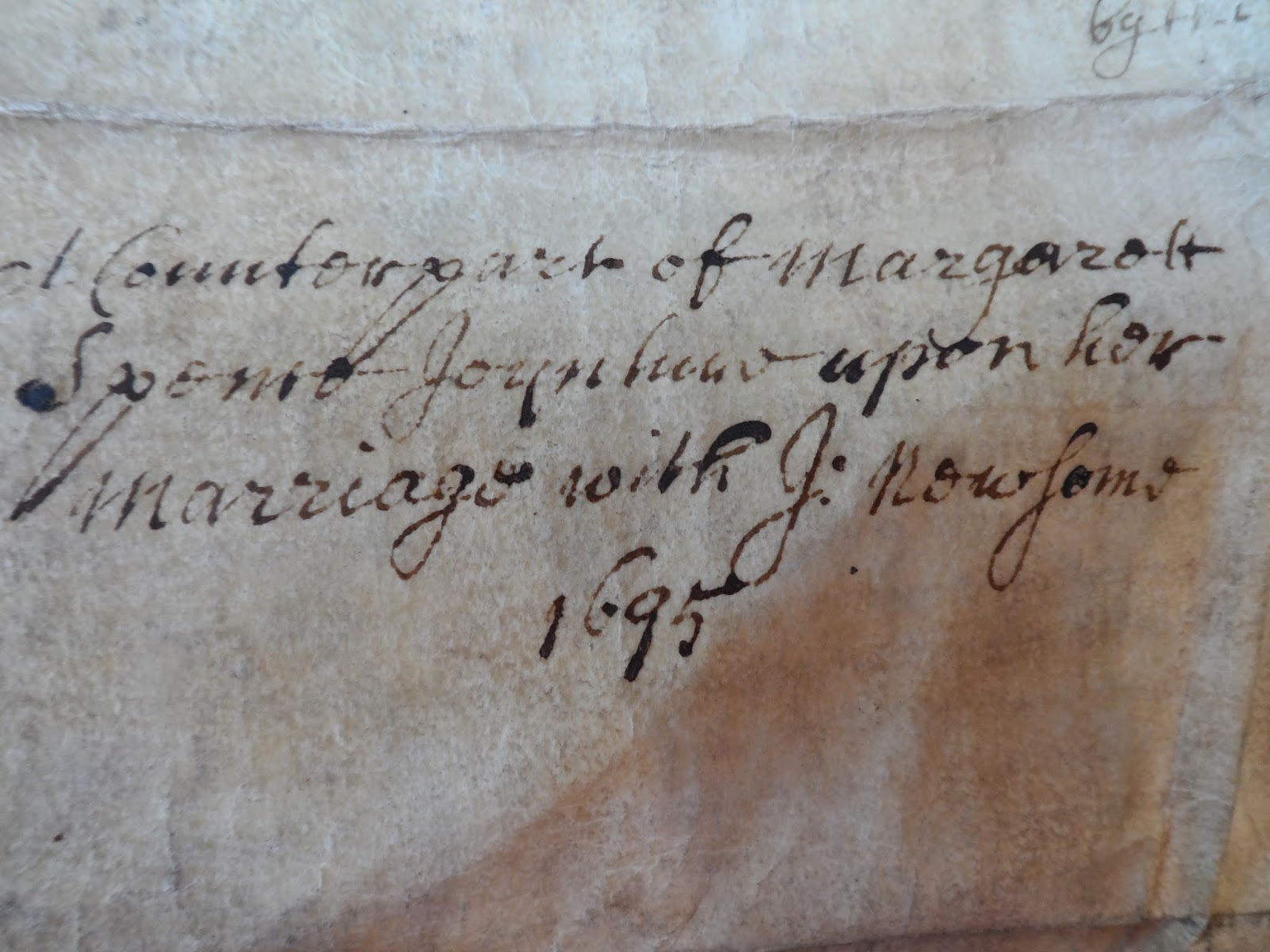 You can also see that somebody has removed the seals.

Email ThisBlogThis!Share to TwitterShare to FacebookShare to Pinterest
Labels: Langthorpe